Fire Extinguishers On The Farm

Fire Safety On the Farm

Personal Safety for Children and Adults On The Farm

Farm building safety should not be neglected during the winter, especially with the threat of snow loads which can cause the roof on a farm building to collapse. When heavy snow meets fierce winds, even the best-engineered buildings can collapse. That's why it's important to calculate your roof load and be adequately insured for this type of situation.   Download Snow Removal Log Form 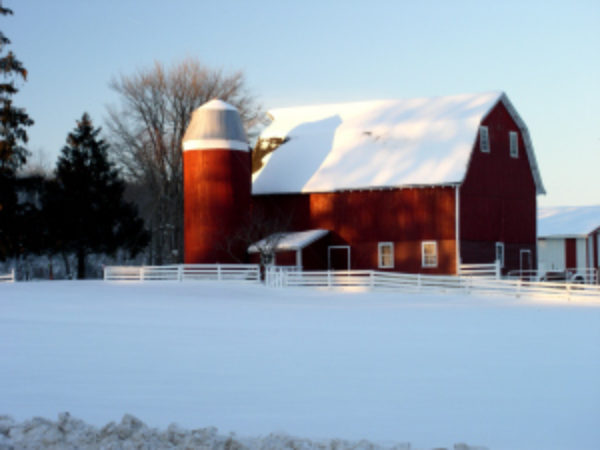 How Snow Load can Damage your Buildings

It doesn’t take a blizzard to cause problems. An imbalance of drifting snow can cause one part of a roof to give, causing a domino effect.

How Much Snow is too Much?

Calculating the roof load on your barn takes more than an educated guess. An estimate of roof snow load can be made by using the following formula:

You should know the roof weight limits for your barns and outbuildings. If necessary, rebuild or fortify them to withstand worst-case scenario snow loads and meet local building standards.

Some roof failures can be prevented with careful snow removal. The following tips will help with removing snow and ice from roofs and other areas: